A Water to Thrive traveler shares her thoughts on what she sees in Tanzania. November 14.

The village of Lemanda in Tanzania has a water issue, but not the kind we usually address. They have a water source, but not all water is safe. Their water source contains toxic levels of fluoride. In the U.S., we add fluoride to water to help prevent tooth decay. It’s an important public health initiative. But at the excessive and toxic levels found occurring naturally in the groundwater in Lemanda, the fluoride leaches the bones of important minerals, turns teeth brown, causes bone deformities and pain and can even cause developmental issues.

We personally witnessed some of the issues in the people we met who lived in the village. One young girl had just completed a second surgery to correct the bone deformity in her lower leg.

I am researching the solution and working with others to make sure these precious children don’t suffer needlessly. It simply isn’t fair! I’m reminded of the slogan of a group of young university students who were studying solutions to world problems: “Not You, But Me!” I am part of the solution and can do something to make a difference! 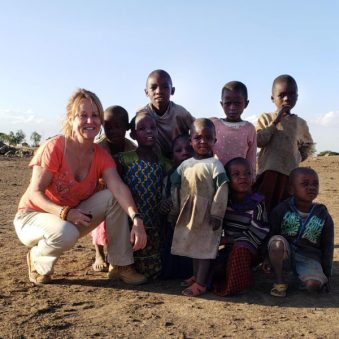 A Water to Thrive traveler shares her thoughts on what she sees in Tanzania. November 18.

When I was younger and thought of Africa, my impression was from watching Mutual of Omaha’s Wild Kingdom and seeing the gazelles and wildebeest on the plains of the Serengeti. I’ve since learned that the countries of east Africa are as varied and rich as any in the world. However, the wildlife still hold a personal fascination for me. We’ve encountered wildlife now and again while traveling, but this time, we gave a little dedicated time to visiting a couple of parks as we traveled to meet with our partners in Tanzania for water projects.

Our first drive was through Tarangire National Park, the playground of elephants. We encountered numerous families, along with plenty of zebra, monkeys, baboons, and antelope. Our evening was spent in a tent camp which provided my first experience in glamping. Each tent is given a Swahili animal name and mine was the name of ostrich. You receive a personal escort to your tent because…well, there are wild animals out there.

Our 2nd day was spent driving through Ngorongoro National Park. The Ngorongoro Crater is the largest surviving caldera that hasn’t turned into a lake. The crater has been described as a petri dish of wildlife and the analogy couldn’t be more correct. The animals graze peacefully alongside each other (except the lions of course). We encountered no fewer than 30 different animals during our two days of safari: giraffe, zebra, wildebeest, lions, ostrich, water buffalo, rhino, hippo, hyena, jackal, warthog, eland, gazelle, etc.

The animals are drawn to the crater for the grasslands, but also for the water. We learn more and more about the importance of water to not just humans, but to livestock and to the wildlife of Africa. Tomorrow we move to the north to begin the work of visitng more projects. Time to experience another African massage (rides on the dirt, rutted, bumpy roads).

A Water to Thrive traveler shares her thoughts on what she sees in Tanzania. November 21. 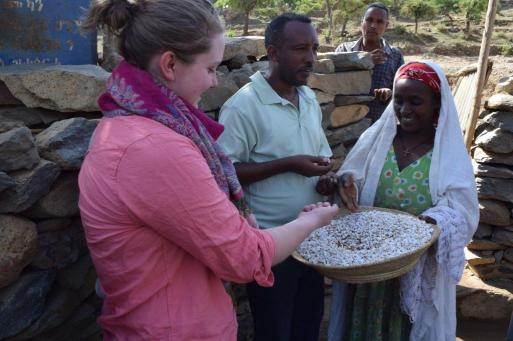 There is a moment in the classic cartoon “A Charlie Brown Thanksgiving,” when the guests arrive and see the results of all of the hard work Charlie Brown and Snoopy and Woodstock have put in… a table set with buttered toast, jellybeans, and popcorn. Faces fall. Fussing ensues.

And there is a moment at nearly every celebration of a new water project in Ethiopia, in the midst of singing and dancing and prayer, when a large tray of popcorn is presented as a gesture of hospitality and thanks. There are smiles all around. Good feelings abound. At Charlie Brown’s table, the festivities fall apart with disappointment and indignation until the friends remember what matters. In Ethiopia, the community already knows full well what matters.

What matters in Ethiopia, and in Uganda and Tanzania, is the blessing of clean, safe water, which itself leads to the further blessings of health, education, and economic independence. As we gather together to count our blessings and give thanks, let us remember this one simple gift, and all it brings, all of which we tend to take for granted. Water. Health. Education. Independence.

We have been working hard to help bring those blessings for 10 years now, and are closing in on funding for well number 1000. During the Thanksgiving holiday, you will hear from us with reminders about Giving Tuesday, the global day of giving when we turn from turkey and television and sales and shopping to remember others.